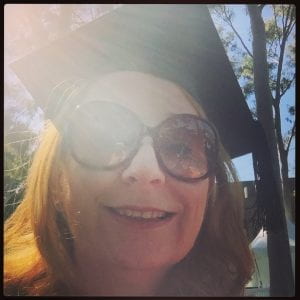 In 2003 I first heard the terms lifelong learning and learning to learn while a friend and I were on our practical teaching placement at a Sydney secondary school. These terms appeared to permeate all their curriculum documents and came up in meetings in sarcastic derisive tones. I wondered why they were so prolific and why teachers hated them so much. I agreed that learning to learn sounded naff but, to me, lifelong learning was a nice idea and that the only problem was that overuse had reduced it to a jingoistic term.

A few months later and the teachers were eye rolling the term quality teaching. My friend, Leah, asked why they had such an issue with it. Basically they said they’d seen it all before and it would come and go like everything else in education; that it was yet another attempt to impose standards that weren’t needed. Leah and I had been sold on the idea that the quality teaching initiative would help teaching to be seen as a profession, not merely a job. We had both come from accounting backgrounds and were not looking forward to the drop in prestige when we became fully fledged teachers. Many of the teachers in our department had been at the school for decades and just did their thing, letting the fads of the department directives wash over them where possible, leaving the people in leadership positions to alter documents to provide a look of compliance.

It’s now 2020 and these terms are less prevalent in teaching. The teaching standards underlying the NSW quality teaching policy evolved into the Australian Professional Standards for Teaching and are the bain of any new teacher’s existence. New teacher graduates have five years to become a real teacher (proficient teacher) by proving compliance with these standards in an administrative nightmare. Thankfully I graduated a year before this became the case. However,  all teachers in NSW now have to prove they are participating in regular professional development – 100 hours over 5 years for full-time permanent teachers. As a casual teacher I have a longer period to comply.

So it turns out, lifelong learning was as much about the teachers as the students.

The Oxford English Dictionary (thanks Alison) cites lifelong learning as first appearing in 1930 at an institute called the Emmitsburg Lifelong Learning Center (apparently American, given the spelling). In 1941 it appeared in an article of the Journal of Higher Education in the context of community colleges. It wasn’t until 1988 that the term became connected with political policy via H R Moody’s Abundance of Life: Human Development Policies for an Aging Society. As can be seen in the Google Books Ngram Viewer below, this is when the term really took off (unfortunately this service is no longer maintained and thus the graph stops at 2008).

This week I’ve been reading about neoliberalism’s influence on education and now feel conned by the term lifelong learning. The first article I read was by Laura Servage in 2009. This was my reaction summarised in a tweet:

This article frequently referred to, Olssen (2006), so it became my next reading. It honed in on lifelong learning. It appears that lifelong learning came out of the issue with economies and industries increasingly needing to restructure due to the rapid change of technologies as we moved out of the industrial age. These shifts see employees losing jobs, going on welfare and having to reskill if they were to find a job elsewhere. In economic terms, this creates a time lag that stalls these employees’ from contributing to economic growth.

In very simple terms, neoliberalism is about allowing corporations to act freely in the interests of contributing to economic growth and the governments doing what they can to support this process, because, of course, economic growth is about the greater good of society, not about lining the coffers of political parties with donations from said corporations so they can remain in power and be so very important and paid well. Sorry, with the current state of corruption in the current federal government I am even more jaded than normal.

Under neoliberalism, economic markets are paramount, meaning non-economic factors such as community cohesion, are less important. People are valued more as an economic resource of labour than for their contributions to society as a friend, in their families, to their non-profit clubs and institutions and in other facets of life that are not compensated financially. This is partly why we have become a society so much more about individualism than community. As Olssen (2006) pointed out, since slavery was abolished (kind of), labour remains under ownership of the individual, not transferred like goods, capital, land or money to the proprietorship of some other owner. Also, labour consists of people with feelings that are voiced and demonstrated, and to some extent, employees are expected by society and the law to be protected and valued as people. These issues cause major concerns for companies and governments who want the economy to flow smoothly, onward and upwards. Employees expect to be compensated when they are no longer needed as a resource, and often look to government for financial help in situations of ongoing unemployment or for retraining to find new employment. The term lifelong learning shifts the responsibility of adapting skills to changing circumstances to the individual rather than some lifeless institution, be that a corporation or a government.

On Twitter I follow a bunch of corporations in the information service industries (eg accounting and consultancy firms) and see a lot of talk about businesses becoming more about adding value to community and not having such a laser-like focus on profits. This includes helping their employees to reskill or upskill and just generally being more respectful. There is some hope if this indeed becomes more than rhetoric, but I suspect it only applies to businesses where highly skilled employees form the crux of the business, where brains provide the service (product), because, on the other hand, there is also a lot of chatter about businesses ripping off employees whose skills are less highly valued and less difficult to recruit. These employees are considered less and perhaps even less human, not only in the eyes of their employers but by government and society as a whole. These people are expected to lift themselves up by their bootstraps (an image that causes me much frustration) and turn suddenly into lifelong learners.

This system, particularly in Australia, is all based on an assumption of egalitarianism, that everyone has an equal opportunity to make the most of themselves, that education is equal for one and all. We all know that isn’t actually true. Time and time again it is shown socioeconomic circumstance is the biggest determinant of educational outcomes. Yet, the persistent view in society is that it’s up to individuals to take the opportunities before them, and it’s their own fault if they didn’t listen enough in class. And those that don’t believe that, believe it’s due to teachers needing to do better, needing to have that lifelong learning attitude so they can improve students’ outcomes. The systemic issues in education are just ignored.

In my head and in early drafts of my MRES thesis, I picture the neoliberal view of education as an input-transform-output model, much like the business process model I teach in Business Studies. In the end I didn’t include it in my final thesis because I didn’t have enough literature to support the concept. However, this week I was given (thanks Kerry-Ann) an article by Gert Biesta (2015) that describes this exact same picture (p.356). It made me very happy but also sad to know I’m not alone in this view, giving it more credence. It is becoming popular to describe education as an ecosystem which still seems a little clinical to me. I prefer schools to be viewed as community and I think it’s time that corporations become community minded too. Not as an add-on, or something they play God over, but as a participant, caring for community because they are a part of it, not as a marketing ploy.

Anyway, I have ranted and meandered around enough. The neoliberal view of education is part of my background reading for my PhD and is really a shadow throughout the study but it’s not at the heart of it and that’s where I need to focus now.

Despite feeling a little duped to discover a term representing a value I hold actually came out of the growing ascendency of corporations, I continue in my quest to learn new things and apply them to my teaching, my general living and my perspective of the world.

Biesta, G. (2015). Resisting the seduction of the global education measurement industry: Notes on the social psychology of PISA. Ethics and education, 10(3), 348-360.

Step by step, animal by animal: The first year of my PhD
The Teaching Tightrope